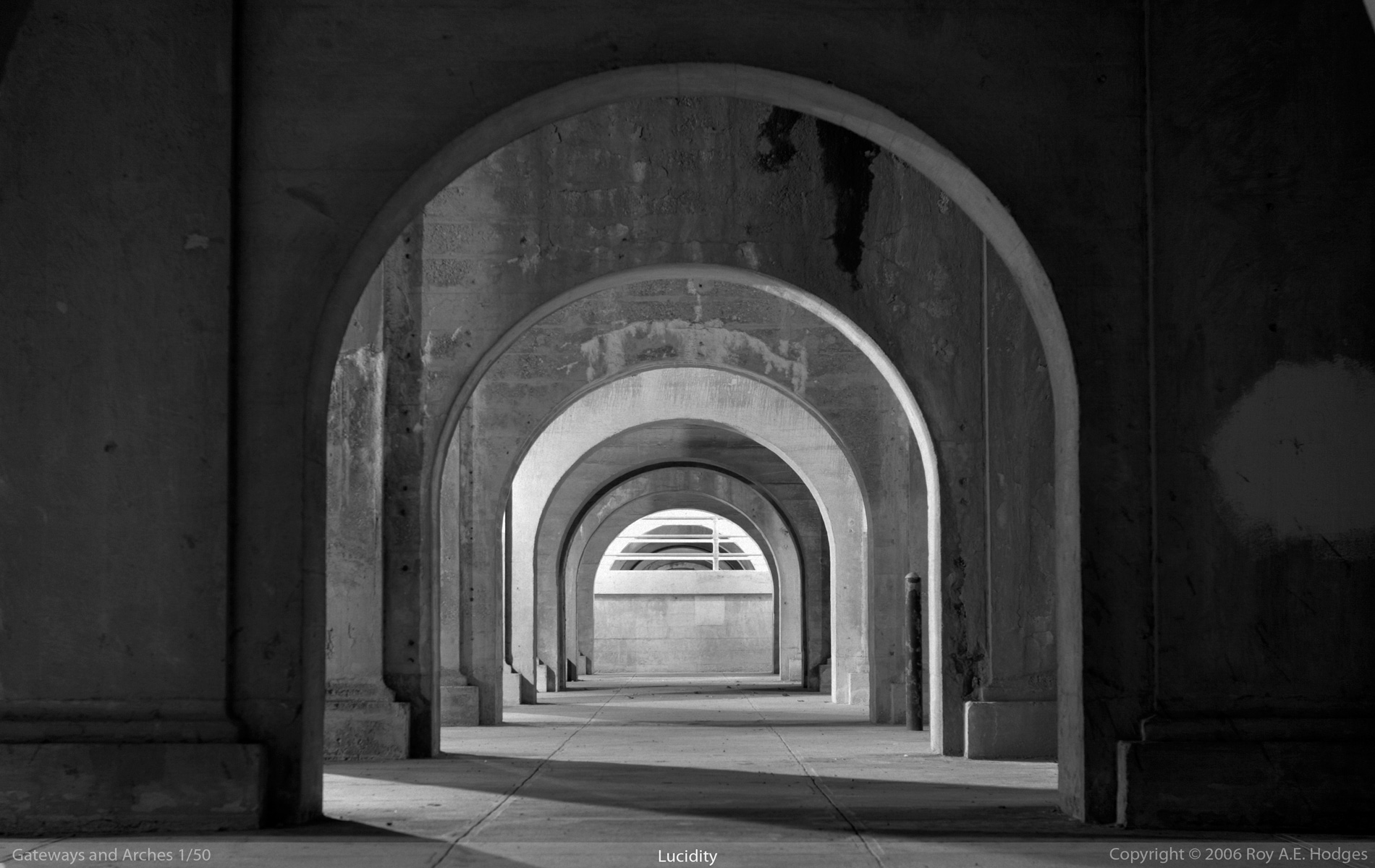 This was and still is a favorite photograph to re-examine and is one of the main reasons a later photograph is prominently displayed behind a former Phizer CEO’s desk in New London, which had been the first fine art photograph sold, at insistence.

Around Thanksgiving, visiting home, a sister and I rushed out spur of the moment, just before midnight to photograph some locations with a small backpack of supplies as an assistant. This photo is a combination of 7-10 photographs taken to pull out the texture of each successive archway. While the photographer, the author, had wanted to blot out the exposure on the right, it felt inauthentic to correct for the graffiti painted over and tells its own story.
The post there on the right was a favorite feature of a photography archivist in DC for National Geographic, who while living at the dojo served as a mentor and guide while exploring Aiki, Ken Butts. His talents will always be remembered, and the grace within which he spoke, when mutual respect allowed for it.

It is a sincere wish, though not the only one, that perhaps, maybe, one may realize that there are countless teachers unknown, and numerous in countenance to one such as the author. The most are complete strangers, yet only in name, for usually they are known, yet the words insufficiently organized by time and space to communicate as one is conventionally understood to know another.

What the viewer may not know, is that above these arches, massive steel trains pass carrying passengers north and south, and had been built so long ago, yet in some relative times, some might say this was recent. That said, past, present, future, these are relative frames from somewhere, yet I’d prefer to look beyond even these, which, when arriving there, from here, is known when seeing all three simultaneously.